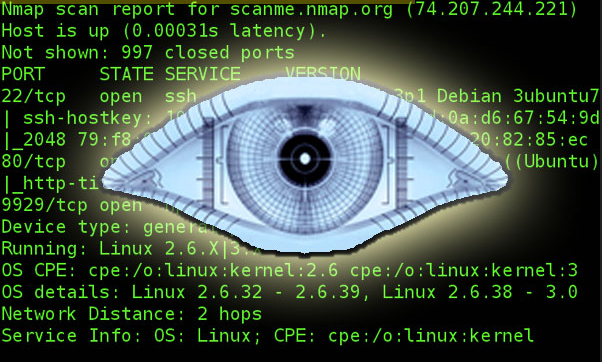 Nmap is a FREE popular tool that has many powerful features and we are probably not utilizing its capabilities to the fullest.

Here is my list of “not so” commonly used Nmap commands which you may find useful.

Use ranges and wildcards on your scanning

You may want to disable reverse DNS resolution to speed up your scans.

the “–top-ports” parameter will let you scan the target(s) on the top most common ports, in this example the top 100 common ports.

Get a list of servers with a specific port open

Change the -p argument with the port you want to scan for.

Scan using a decoy to avoid being caught

With this command, you are scanning the ports on host 192.168.1.1 but the security logs will show the IP address of your “decoy” address: 192.168.1.2. Note that you can use multiple addresses for decoy and the decoy address needs to be alive.

Find the number of Linux and Windows devices on your network

You can spoof the originating port of the scanner to trick firewalls that only allow traffic coming from specific ports. Port 53 (DNS) is usually allowed on most networks.

Test if the target is vulnerable to DoS attacks

You will not actually perform a DoS attack, but Nmap will tell you if the host is vulnerable to one.

You can use Nmap to perform brute force attacks for several applications like FTP, WordPress, and MS-SQL like the example above. You must specify a user file and a password file for the scanner to use and test them against the application.

Nmap is able to detect malware and backdoors by running extensive tests on a few popular OS services like on Identd, Proftpd, Vsftpd, IRC, SMB, and SMTP.

You may also use Google’s Malware check:

What is the main use for Nmap?

Nmap is a network scanning tool that uses IP packets to identify all the devices connected to a network and to provide information on the services and operating systems they are running.

How many types of Nmap scans are there?

Network probing or port scanning is only permitted when explicitly authorized by the owner of the destination host and/or network. Unauthorized port scanning, for any reason, is strictly prohibited.

Can you detect a Nmap scan?

It is hard to detect scans with high accuracy. Special tools to detect port scans like PortSentry and Scanlogd can be used to detect Nmap scans.

How accurate is Nmap?

Nmap is fairly accurate. There are several cases where Nmap cannot detect a machine’s OS. Nmap needs at least one open and one closed port to perform OSD accurately. In the case where a machine on the network does not accept incoming connections, Nmap will not be able to determine the machine’s OS.

Nmap offers several scan methods that are good at sneaking past firewalls while still providing the desired port state information. FIN scan is one such technique.

How long does a full Nmap scan take to complete?

Nmap takes about 21 minutes for each host connected to the network.